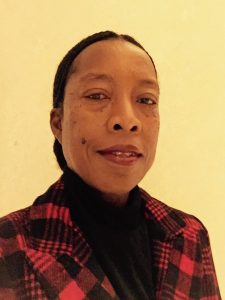 Ms. Desdra Bascombe gained her Bachelor’s degree in History and Social Sciences at the University of the West Indies (U.W.I), St Augustine Campus. After which, she attained a Master’s degree in Sociology at the same campus followed by an MBA at U.W.I. Mona campus three years after.

She began her career at the Service Commissions Department where she functioned in various human resources roles for 15 years culminating in the position of Senior Human Resources Officer. She left the Service Commissions Department to take  up the mantle of Director of Public Management at the Ministry of Public Administration and Information. Ms. Bascombe functioned in this role from 2003 to 2007 while also furthering her skills in various short courses ranging from Project Management in Government; Human Resources Development Administration; Process Improvement; and Measurement and Strategies to name a few.

Ms. Bascombe is an avid lover of the arts and particularly enjoys pan and parang. Christmas is the highlight of her year as she expresses her musical passion through performances with Los Paranderos de UWI.

What was intended to be short term employment at the Victoria County Council (VCC) turned out to be a lifelong career in Local Government.  Mr. Raymond A. Seepaul began his work life 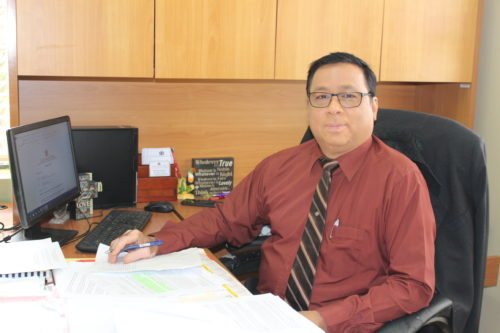 in July 1981 as a Checker, immediately after writing his A’Level Examinations at Naparima College, San Fernando.   It was never his intention to remain in the system since it was his desire then to further his studies in Geology and be employed in the petroleum industry.  His employ at the VCC was really supposed to assist in paying the bills at the University of the West Indies, Mona, Jamaica, but as fate would have it, he is still in the system over thirty eight years later.

Having entered the Public Service as a Road Officer I in May, 1986, Mr. Seepaul is a certified Civil Engineering Technician who ascended to the rank of County Superintendent in 2005.  Apart from his stint at the VCC, he would have provided yeoman service to several Municipal Corporations throughout Trinidad.  His IT proficiency and Project Management competencies have also served him well in these organizations he has been privileged to work in over the years.  Recognizing the importance of strategic leadership at the Municipal Corporations, he successfully pursued tertiary education in the field of Public Sector Management at the University of the West Indies, St. Augustine.

In January 2010, he was appointed the Chief Executive Officer at the Sangre Grande Regional Corporation where he served until October 2012.  He then proceeded to serve in this capacity at the Penal/Debe Regional Corporation and the Chaguanas Borough Corporation.  In September 2018, he was recommended to serve as the Deputy Permanent Secretary in the Ministry of Rural Development and Local Government.  His meteoric rise to this prominent administrative position via the technical stream in the Public Service has truly been exceptional.

Mr. Seepaul may be described as a true professional Local Government practitioner.  Not only does he have the number of years under his belt to prove it, but he is also intensely passionate in making the system work.  It is his unwavering desire that all stakeholders receive the quality services that they deserve with courtesy, transparency and in a world-class manner.